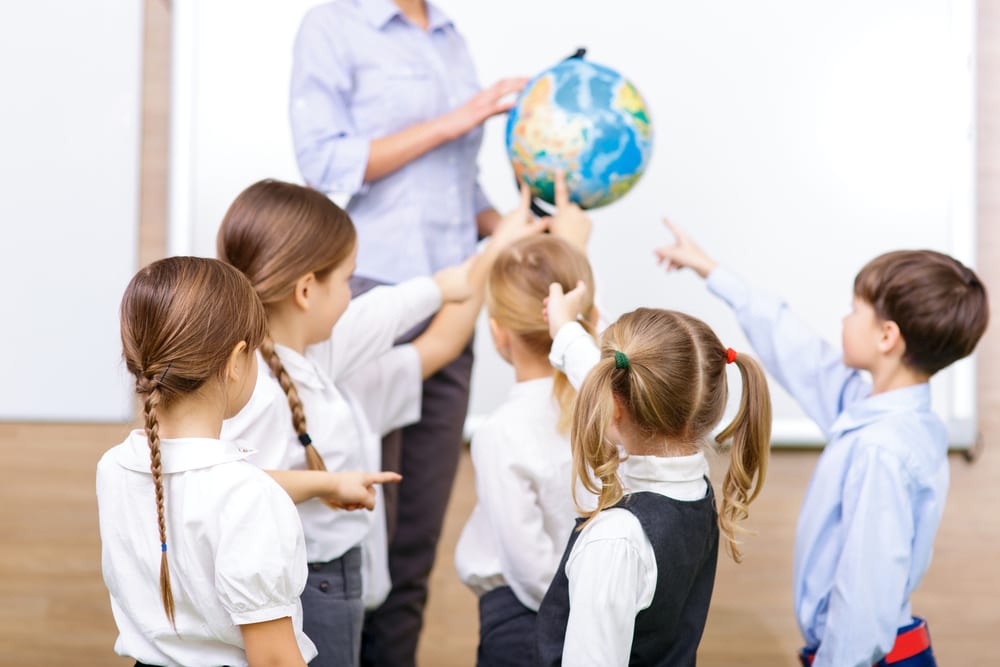 For being such a small island Ibiza boasts not only great public school options but also three exceptional private schools, which you may wish to consider if you are moving to the island with kids. Let’s have a look at them:

The first option is located in Ibiza town, specifically in the Can Misses area, and is a Spanish private school. Teaching is a mixture of Spanish and Catalan. Multilingualism is promoted by introducing the English language in each educative stage. Some subjects are also taught in English, to enable students to learn the English language more naturally. The main objective of Colegio Mestral is to offer outstanding academic training, in addition, providing pupils with “the people skills”, so that in the future, they can integrate into society civically, ethnically, and intellectually. The foundation of this school emerged from the firm idea that the individual growth of every student is as much important as academic learning. They offer small classes, allowing each student to

The second option is based in San Jose. With classes taught mainly in French, the College Francais is partly funded by the French Government. This school is a great option if you are coming from a French-speaking country and your kids do not speak Spanish yet, or also if you would like your kids to obtain mastery of the French language and receive a French education. The school aims to promote an open humanist culture and to develop sensitivity, and social and civic competencies. Classes are usually of a maximum of 20 pupils, which encourages the autonomy and the construction of a project orientation.

This third school is located in Santa Gertrudis, in the middle of the island, which makes it the ideal location with easy access from wherever you might live. The school follows the UK National Curriculum up to A levels from nursery and reception years. The classes are taught in English, and Spanish is mandatory throughout the duration of the school. Spanish native pupils have the option to study also Catalan and German is introduced as facultative language between years 7 and 10. So if you relocate to Ibiza from the UK (or any other English-speaking country) and your children do not speak Spanish yet, Morna International College is a great option. Recently the school has gone through a period of exceptional growth and nowadays it hosts more than 20 different nationalities, with students keeping on to study at some of the top European universities. With lots of new resources, which have been added recently to support the departments of art, science, and IT, as well as the quiet environment where pupils feel safe and well-cared for. Morna International College is a great choice for both younger and older kids.